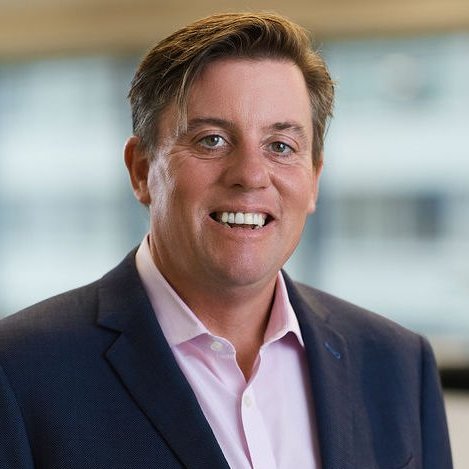 "I believe in bringing together leaders from all sectors to fight poverty and expand opportunity with a clear vision, an achievable plan and a deep commitment to execution so that progress can be made and more of our neighbors can thrive. The time is now."

Bill serves as President and CEO of United Way of Greater Philadelphia and Southern New Jersey (UWGPSNJ) but is best described as our Poverty-Fighting Convener. Bill leads UWGPSNJ's mission to fight poverty and expand opportunity by harnessing the collective power of more than 100,000 donors, advocates, and volunteers.

Under his leadership, United Way raises and invests over $20 million annually to advance educational attainment, creating career pathways and forging paths to financial empowerment through large-scale initiatives like PHLConnectED, and The Promise, a public-private partnership to help families access opportunities for upward mobility.

Bill is a graduate of Southern Methodist University and Yale University Divinity School, and received an honorary Doctorate of Divinity from Eastern University.  Bill is the founder of Broad Street Ministry, Rooster Soup Company and was named one of the 76 Most Influential Philadelphians by Philadelphia Magazine and Leadership Philadelphia’s 100 most trusted Connectors.

He has authored a number of articles and op-eds, contributed to several books, and has been a commentator for Huffington Post, CNN, and The History Channel. Bill continues to lecture and teach coursework at institutions including Princeton Theological Seminary, the Wharton School of Business at the University of Pennsylvania and is a Senior Fellow at Fels School of Government at University of Pennsylvania. He serves on several governing and advisory boards of arts, social service, and social innovation organizations in the Philadelphia area.

Outside of work, Bill likes to read, cook, sustain hope in all Philadelphia sports teams, and spend time with his wife Julie and two sons.